As a leading OTA solution provider in the industry, ABUP focuses on providing professional OTA upgrade, application software management, fault diagnosis solutions and customized services for partners in the field of automobile and Internet of things, perceiving and leading the development trend of the industry, helping customers' products keep pace with the times and the future of Zhilian. Since its establishment, Araby has been focusing on and committed to the research and development and marketing of OTA technology. OTA differential technology with core patents has been widely used in thousands of IOT terminals, covering dozens of categories such as bike sharing, POS machine, smart car, smart wearable, smart car, smart TV and so on. Its business covers the world, with a total of 700 + customers, The access equipment is 70 million +, and the total number of upgrades is nearly 100 million.

In a short period of three years, ailabi has been supported by IOT partners. On the one hand, ailabi's OTA technology continues to invest and take the lead, and always insists on making OTA more stable, safer and simpler to serve customers as the core concept. On the other hand, the value of OTA technology itself to IOT terminals is becoming more and more prominent throughout the whole life cycle, It brings more business value to Internet of things practitioners.

Ota is closely related to IOT OS. In the past, Araby has supported foreign mainstream OS such as FreeRTOS / QNX / zepher. In China, RT thread is the leader of IOT OS. The developer community is rich in ecology. The OS iteration and the continuous updating of developers' applications bring OTA demand. In order for IOT developers to quickly master the tool of Ota upgrade, Araby and RT thread work together to develop a differential OTA upgrade component for RT thread. Through the standardization of the OTA component and one-stop direct use of the terminal cloud integrated differential OTA, developers can easily manage, upgrade and maintain the OS, firmware, applications and content of the device end, and reduce local resource consumption Traffic consumption makes IOT OTA more stable, safer and simpler to use.

"IOT OS is regarded as the infrastructure platform of the Internet of things, and now IOT OS is popular at home and abroadAll hope to become Android in the era of Internet of things.As for an OS, the accumulation of OS can't be achieved overnight, it needs long-term cultivation.RT thread OS has 13 years of development foundation, completely independent intellectual property rights, accumulated a large number of developers, hundreds of millions of installed capacity, and now it has capital blessing, which has a decisive influence in China's IOT OS.Araby is committed to providing optimal OTA solutions in the field of IOT. It is very pleased to work with RTT strategy, integrate into RTT developer ecology, and provide IOT developer with OTA differential solutions of standardized IOT OS. Based on RTT's large amount of chip experience, lightweight, tailorable and other characteristics, it deeply optimizes differential OTA technology, which can largely solve the problem of Ota fragmentation and adaptation, Improve development efficiency;On the other hand, RTT OS has more and more components and supports more and more applications. RTT's excellent software layered architecture and powerful modular components can realize the lightweight upgrade of OS itself and various application components through stable and reliable differential OTA, bringing a completely different experience for IOT's application development and rapid iteration.We are not only short of core, but also basic software. IOT OS and OTA are important components of basic software in IOT field. We will work together to promote the integrated development of domestic independent and controllable basic software.

The accelerated formation of aiot market trend makes the industry's demand for more powerful and peaceful operating system more urgent and extensive. As a leading Internet of things operating system manufacturer in China, RT thread's technology platform advantages and the professional service ability of ruisaide technology are helping many well-known enterprises to enhance their competitiveness and deliver their product solutions faster and better. RT thread has been widely used in AI, wireless connection, industrial vehicle, security, power and energy, intelligent wearable and other hot areas. Its technology synergy and ecological influence have been released rapidly, and its industrial leadership has been further strengthened.

In the past two years, RT thread has accelerated the speed of version iteration and update, and new functions have emerged in an endless stream. For example, with the recently launched RT thread OTA component with its partner, elabi, developers can easily manage, upgrade and maintain the firmware on the device side.

"Ailabi is a leading OTA upgrade technology and service provider in China. It has rich technology accumulation and operation experience in the field of Internet of things. Its advanced and mature differential upgrade technology and high-quality cloud service capability can help IOT equipment manufacturers achieve safe, stable and flexible firmware upgrade while significantly reducing terminal and traffic costs, Solve their worries.RT thread has been committed to building a prosperous and healthy Internet of things ecosystem, providing developers and terminal manufacturers with rich and diverse software and service support.After several months of cooperation, Araby's differential OTA component has finally entered our software package platform, allowing RT thread users to have more choices of high-quality software upgrade solutions and experience the benefits of differential upgrade with one click.As strategic partners, we will continue to optimize and upgrade to provide more convenient and secure OTA solutions for developers.”

RT thread makes the development of IOT terminals simple and fast, and maximizes the value of chips. Apache 2.0 protocol can be used in commercial products free of charge, no need to publish the source code, no potential commercial risks. 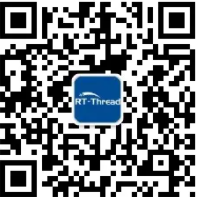